Jason Wolfe remembers Christmas as a child. There was usually no heat and the December cold often exacerbated the fact that there were few, if any, presents under the tree. Wolfe’s family was on welfare, and there was little to celebrate during the most wonderful time of year.

Little, that is, until an anonymous do-gooder knocked on his door and left a box of food and gifts when Wolfe was 7 years old. It wasn’t long before Wolfe was given what he considers to be another great gift – an opportunity to attend and graduate from the MiltoN Hershey School in Hershey.

So it’s easy to connect the dots to the wildly successful entrepreneur’s GiftCards.com, a site he started as directcertificates.com in 1999 and spun off as its own entity in 2006. That’s when the parent company, Direct Response Technologies, was sold to Digital River and reacquired by Wolfe.

By 2009, the company had done $47 million in sales and this year expects to top the $100 million mark. In that same time period, the company has nearly quadrupled its staff to 90 employees. Wolfe also owns MyCoupons.com, OmniPrepaid.com, WRL.com, OmniCard.com and GiftCodes.com.

Wolfe’s amazing journey from orphan to eight-digit revenue is full of twists and turns. In 1995, three years after graduating with a business degree from Bloomsburg University, Wolfe was involved in a serious accident that required him to undergo several surgeries with no money for medical bills. While recovering over the course of the next year, he read two books – Building the Perfect Web, and Perl in 21 Days – that led to the development of coupon site CouponsDirect – the first internet coupon site. That started him on the entrepreneurial road he has since navigated with great success.

What was the toughest part about getting Giftcards.com off the ground?
The amount it cost to be in this business and the slim profit margins…

What’s the biggest challenge you’ve overcome, personally or professionally?
Growing up in orphanage, and then being homeless in my 20s.

Talk about the moment where you knew you made the right decision in starting this company?
When we change our logo to the Smiling G.  I then felt it in my heart that this was meant to be.

How can we stimulate small business to be an engine for job creation?
Lower taxes, enable funding from non accredited people, and showcase small business in media – not focus on large so much.

What key partnerships in your region or state have helped Giftcards.com grow?
None – but I was a winner of the Ernst & Young Entrepreneur of the year in 2012, for our region – that got us some publicity.

Where does your region need to improve in terms of support for entrepreneurs?
Keep Carnegie Mellon students here.  Showcase that we do have interesting companies here and that our bright people don’t have to go to Silicon Valley.

What’s the big differentiator for Giftcards.com?
People – we have great people who care, smart, high integrity.

What’s next for Giftcards.com?
We have 27 pending patents and a handful issued.  We just launched GiftYa.com which we think will be a game changer for gift cards. 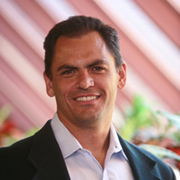