The California license plate hangs on Mike Fiebach’s office wall as a seemingly sentimental token of his time in San Francisco and the six years out west in which he built his digital marketing, music management and strategy company.

But really, the sentimentality living in Fiebach’s heart is completely Philly, right down to the cobblestone outside his Society Hill office on Pine Street.

“I grew up on a cobblestone street,” says Fiebach of his upbringing on Delancey Street. It’s really nice to walk on one going to work every day.”

That is just part of what pulled Fiebach back to Philadelphia last summer. His family and his fiancee are here and so is what he believes to be a significant factor – the opportunity to be a leader in digital marketing in Philly’s always bustling music scene.

Following a fast and successful career as a hip-hop artist himself. touring and licensing songs to TV shows as part of the Philly based Catastrofiks, Fiebach went to California and for five years worked with the legendary DJ Shadow, helping build his digital brand. That relationship laid the foundation for Fame House, which launched a year ago and has been getting lots of attention in recent months for some high-profile and cutting edge projects, including work with director David Lynch and with Belgian brewer Stella Artois. All this comes via a small but strong team, including marketing manager Eric Hahn, a New Jersey native and Drexel grad, at his Philly office, and business developer Hisham Dahud in San Francisco. The company also employs a host of project-based contractors for web design and development and PR.

Most recently, a project with Denver-based electronica act Pretty Lights has been wildly successful.  Fiebach and company partnered Pretty Lights with BitTorrent for the release of a customized media bundle in December. Pretty Lights has made it standard practice to give away all his music and make money on merchandise and touring, so this partnership made sense in number of ways – mostly by breaking down barriers to access. The partnership, which included a bundle of 3 popular EPs, a new single and a video from his Bonnaroo Show, led Pretty Lights to more than 6 million downloads and the No. 1 ranking on Pirate Bay’s overall downloads section in just over a month. To further put it into perspective: It gained Pretty Lights more downloads in a two-month span than his entire career. These are results many brands pay six figures for, but Fame House churns them out at a fraction of that.

The Pretty Lights project has been recognized by The Music Biz Weekly podcast,The Lefsetz Letter, Hypebot and Digital Music Wire, all trumpeting the newly tapped power of free music. Monetizing fans is the future, and the Fame House is where they live.

Keystone Edge (KE): How did working with DJ Shadow help you get to this point?
Mike Fiebach (MF): Shadow got me my true start in the music industry.  Prior to working with him, I had small successes, but he gave me the opportunity to get serious experience, and exposure as a professional.  I also toured with him off and on for four years, running his digital marketing and merchandising from the road.  I got to see all of North America, Europe, and Australia.  I never studied abroad for school, but I certainly did with my work in the music business.

The project I started working on in 2008, which took almost two years to complete, was the business model, the build, and management of the newDJShadow.com. Typically a major label will only go through normal channels of distribution and if artists want to sell on their own, they must use a third party, or the label themselves. But Shadow, a major label artist, has a big business selling merchandise and we wanted to bundle that with digital music.  We wanted to create a solution, for him, as a major artist, to sell downloads directly to his fans.  No other major artists were doing this. I tried to push this through to license the music back to Shadow, from the label, and after a year of negotiations with the label, we did it.  Shadow was the first major label artist to independently license music back from the label he was under contract with, for direct to fan sales of digital downloads.

My name got out there through this initiative and other artists and labels needed help with digital marketing and with digital music sales. By late 2010 it became so frequent that I had to start my own company and took on Shadow as my first client. I continue to work with him.  He’s a mentor to me, as is his manager, Jamal Chalabi.

KE: Do you work with any Philly-based artists?
MF: We have three clients who are Philly-based. There’s Josh Wink and (house label) Ovum Recordings, we built a website for him. We also did work with the rising hip-hop act OCD. We also work with Baby Loves Music. We have the potential to have a couple clients here but it’s more about just being here and being a company in the music technology world and being the only in Philly. That’s cool to me.

KE: So nobody else is doing what you’re doing in Philly?
MF: No one close to the level we’re doing it. When I was in San Francisco I was one of 20 companies doing this. That’s another thing that persuaded me to move. I don’t want to be just another guy who does this. I want to be THE guy. Our core business is ongoing digital management of artists and marketing of top-level artists and labels.

KE: Digital marketing is a big market, so how do you carve out your niche?
MF: We’re branding ourselves as a premiere entertainment-based company. Pretty much everything we’ve done is music but we want to move into film and work with people like actors, authors and TV personalities. There’s room to grow in a big way, but we want to be careful how we do it. We don’t want to get spread too thin or grow too fast. We’re doing outreach and seeing what’s out there. I do some things in the management realm on the side and I can see it growing into a full-fledged artist management company at some point that has a digital marketing arm. But the foundation is digital marketing in the music industry.

KE: How does the outside world view the Philadelphia music scene?
MF: I think everyone has respect for Philly music. In general my experience is that I get a reaction of respect, but people don’t really know much about Philly. It still kind of needs an identity for music in its current state  beyond just “The Roots.”  Love “The Roots” but we need some new superstars to go along with them!

KE: What’s your take on the internet’s impact on music?
MF: Internet IS the music business now. Touring, licensing, and endorsements are probably the best revenue sources for established acts, but the vast majority of them need digital marketing and social media to support those revenue channels. The fans exist on the internet. That is how you reach them, and that is how you get them to buy tickets to shows. That is how the sponsors become interested (by seeing massive fan following and activity on social media); and that is how people discover new music, and may (God forbid!) even buy some music.  Actual revenue from recorded music is shrinking, and may continue to shrink unless something like Spotify really goes mass market (like 50 million paying users instead of 3 million); however, the music industry can thrive without increasing recorded sales revenues.  Again, just look at what we did with Pretty Lights, an artist who sells zero music.

KE: How do you see Fame House growing?
MF: I’d like to hire a web developer to be in this office full time, hire an admin and hire another project manager.  Maybe PR as well. Maybe invest some time and money in more digital education and keep trying to grow it.   Our work is going to get us new, top-level clients, and that is what has been happening so far. We don’t want to work with just anyone. We’re lucky to have a lineup of artists who are top-notch, and we want to continue that.

KE: How has Philly changed in the time you were away?
MF: I think Philly has improved in a lot of ways. The streets are a little cleaner. Things are a little more updated. It’s nicer but still has its grit. I don’t want that to ever go away. 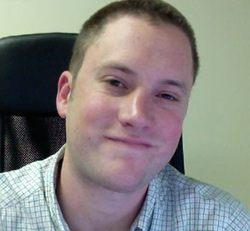