By keystoneedge on December 31, 2015
”Jersey Mike” Van Jura wouldn’t call himself a trendsetter, but the numbers tell a different story.

Best known by his home state, Van Jura recently celebrated his 10th anniversary in Pennsylvania’s capital city, Harrisburg, the place he now calls home, the base for his growing  and the future site of Van Jura’s next venture, Jersey Bagels.

2011 will be a banner year for Greenbelt Events, the nearly two-year old company that books live music at a variety of venues in Harrisburg and beyond. Meanwhile, Van Jura’s homemade bagels (with water from New Jersey) may soon be available to Midtown residents.

Self-described as a “rabble-rouser,” Van Jura has watched the city grow from the front row seats at City Council meetings and shared his frustrations, views and goals via his blog, jerseymike.org, before Facebook and Tumblr made everyone a journalist.

Keystone Edge (KE): I feel like so many of our residents are transplants. How did you get here?
Jersey Mike (JM): I was only supposed to be here for a year, and then move somewhere else.  I moved here as a compromise with my then-wife and just never left.

KE: You are best known for your role as a music promoter in Harrisburg. How did you get into that?
JM: I went through a divorce and got myself stuck in Harrisburg, PA, with the clothes on my back, my laptop and . I got an  in West Fairview, Pa. and I kind of went through a quarter-life crisis where I told myself, “I don’t have anyone to answer to, I don’t need to get approval from anyone, I can really just follow my heart and do what I want to do.” I was a regular at the little bar across the street from where I was living, and the owner and I just got to talking one night about bands and music, and we really connected over that. He suggested I book a couple of bands in his bar, but I had never done it before. He said, “Just go ahead and do it.” And I just kind of did it. We hosted a few open mic nights, and then I booked my first show – it was a band called Capitol Air – in 2003 or 2004, and it was great. It brought about 35 people out, it was a $3 cover. And at the time, it was like, “Holy shit. Look what I can do.”

KE: So flash-forward, nearly 10 years later, your nearly two-year old company, Greenbelt Events, has featured some really big acts this year and has more scheduled through the fall and into 2012.
JM: We’ve had a dynamite 18 months, and our schedule through the end of the year is stronger than it’s ever been. Grammy Award-winning bands, with shows at multiple venues, we’re doing theater shows at Whitaker Center, club shows at ABC [Appalachian Brewing Company], we’re doing stuff in State College, Pa. We’ve got the Avett Brothers at the Sovereign Center in Reading, Pa. – that’ll be a 3,500-4,000-ticket show. So, in the seven years of doing this, it’s really grown.

KE: Is there a show your most proud of at this stage?
JM: I tells people this all the time, but it kind of starts and ends with The Hold Steady. At the time we got The Hold Steady in 2007, I’d been booking ABC for a few years, but up until then, we’d really been doing mostly local bands and singer-songwriters, nothing national. I had gotten turned on to The Hold Steady 8-10 months prior to this. I just reached out to see if we could get them. It was at the same time that their third album, “Boys and Girls in America” was breaking. So, it was just the time that they were still playing for $600-$800  bucks to 100-200 people. But between the time we confirmed the show and when the show actually was, they just exploded. We actually did it as a free show – every year ABC does an anniversary fest, sort of a customer appreciation thing. About 600 people showed up – and 200 didn’t even get in. There was a line down Walnut Street to get in. It was just bananas. That was sort of turning point for us. We had been just doing local bands, and we had lights down and sound down, and then we pulled this off. From there, we got the Felice Brothers, Southern Culture on the Skids, Cracker, and now we’re doing MMW, the Carolina Chocolate-Drops. I’m proud of every show – each one has its own challenges, but it was with that that we really turned a corner and realized, “We can do this.”

KE: Now, you weren’t really happy with Harrisburg when you first moved here.
JM: I hated Harrisburg when I first moved here. I would say I drove around for the first two years I was here with a furrowed brow and just not liking anything. I didn’t like the landscape, the nightlife. But I got to a point where I was either going to drive myself bananas, and I realized I needed to not hate Harrisburg for what it wasn’t, but appreciate it for what it is. And what it is, is a city in proximity to half a dozen other great cities.  In the music industry, this has worked out well because we’re able to route bands in who would otherwise pass it over. And it’s a small town. There’s no six degrees of separation here – there’s only about two. You can’t go anywhere and meet someone who doesn’t know someone else you know. And with that, it makes it easy to meet with any local politician you want.

KE: You’ve been called a “rabble-rouser,” but in truth, you’ve simply taken an active interest in local politics. How did that happen?
JM: There were two things – the first was when I was held up at a gas station in Harrisburg. It wasn’t traumatic, but it just shouldn’t happen to anyone. The second was the city’s Amusement Tax, which charges independent promoters of music and sporting events 10 percent of their ticket gross. I found this to be completely unjust, because it makes being a concert promoter prohibitive. There is such a slim profit margin in booking concerts, that 10 percent could be the difference between a show being profitable and a show ending in the red. I fought that, wrote about it and through interacting with different city council members on this topic, I became more knowledgeable about Harrisburg’s other issues, from the incinerator to the [proposed] Wild West Museum. I sort of became more vocal about it and blogging about it – blogging before it was hip to be blogging about it – before Facebook and Twitter. I put myself on a limb there.

KE: Now, you’re turning your attention towards small business, including a new venture of your own, Jersey Bagels.
JM: Much like how I started booking bands – because I felt I couldn’t find bands I wanted to see around here – there are no good bagels in the area. I mean, there are a few places in the area, but in the city of Harrisburg, I can’t get a decent bagel. I grew up in New Jersey on pizza and bagels – great bagels. So that was an inspiration for wanting to do this. The next step is carving out time to get this off the ground. I’ve been making batches in my apartment, giving them to friends and getting feedback on them.

KE: And what’s next for Jersey Mike?
JM: Well, I have a baby on the way, so that’s more bills to pay and more tickets to sell. [laughs] But really, Greenbelt Events has grown so much in the last year, and we’re on such a roll with the quality of acts we’re bringing in and volume of tickets being sold. We’re establishing a hell of a lot more credibility than we’ve ever had in the industry, so we’re getting more opportunities, and we just want to keep getting bigger. I’d love to shows on City Island and at the Zembo, places that hold 2,500 people or more. That could realistically happen in the next 12-18 months.

KE: How important is live music to community?
JM: Live music can make a city. The thing that keeps me going every day is when you get a group of people together watching a band, and they are so enraptured by what that performer is doing that they drop everything – they’re not looking at anything else, they’re not on their cell phones or talking to the person next to them. It’s a different buzz, a different high than watching a football game or reading a book or going to church. One thing I think we can all agree upon as human beings is that everyone has a favorite band, a favorite song, and everyone has seen a live musical performance that has shaken them to their core. It seems that cities that embrace that, concerts, clubs and coffeehouses have a leg up on other communities. Even from an economical standpoint, it brings in young people and hip way of thinking. Live music in any city is a determining factor for many people in choosing where they want to live or spend their money.

KE: Do you consider Harrisburg “home” to you now?
JM: Harrisburg is home to me, yes. I mean, my heart is always in New Jersey, but yes, I’ve been here for 10 years, I’ve let the grass grow under my feet, I own a house, this is home. 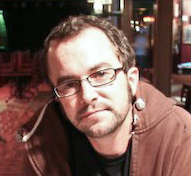