In describing the Rural Regional College of Northern Pennsylvania (RRC), it’s easier to explain what the planned institution is not than what it is.

RRC students will gather in real, geographically dispersed classrooms with other real students for classes taught in real time by a real instructor. Using live interactive distance educational technology, students and instructor — though miles apart — will participate in the class as though they were in the same room.

Unlike online courses, where students work independently from their home (or nearby coffee shop), the RRC approach requires students to show up at class, “keeping it as a group experience,” explains Kate Brock, an RRC board member and executive director of the Community Education Center of Elk and Cameron Counties. “There will always be people who need to go to a physical place and need interaction with a teacher and classmates.” 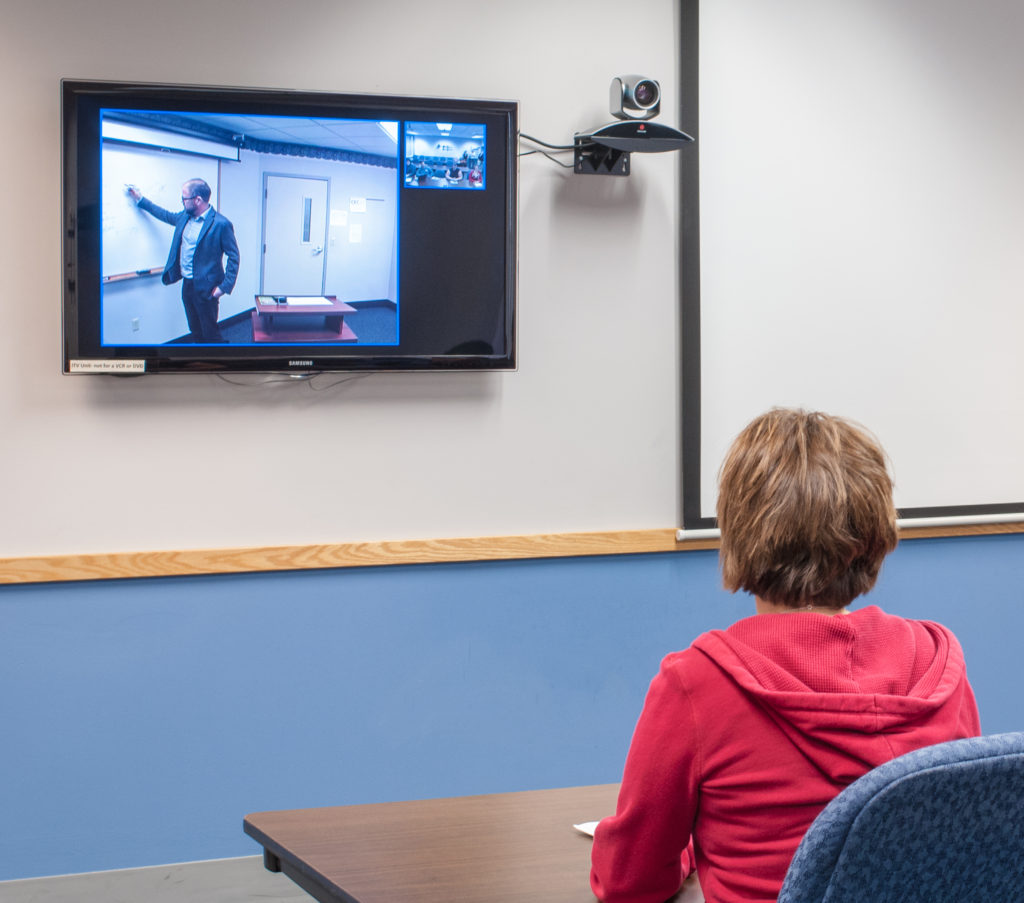 The approach has been tested for five years in a pilot program at Gannon University in Erie in conjunction with the Education Consortium of the Upper Allegheny. RRC is scheduled to begin offering a limited selection of its own courses and associate degrees starting in September with a fuller rollout coming in 2018.

The need is pressing. According to Duane Vicini, who came out of retirement as a school superintendent to serve as RRC project director, graduation ceremonies at poor, rural high schools had become vivid reminders of the lack of opportunities.

“We had these [graduates] walking across the stage and we had nothing to offer them,” he says. “It was those memories and passion that brought me to this.”

The nine North-Central and Northwest Pennsylvania counties served by RRC — Cameron, Crawford, Elk, Erie, Forest, McKean, Potter, Venango and Warren — are economically depressed. Cameron County led the state in population decline between 2010 and 2014, losing 5.5 percent of its residents; the other eight RRC counties also lost population during that time. In January 2017, Forest County tied for the highest unemployment rate in the state at 8.5 percent.

With 7,000 square miles, the RRC area is larger than some states. Given its size and low population density, “It is very hard…to find a critical mass of students in the same small, rural community and not have to cancel [classes] because of low enrollment,” explains RRC Board Chair Mary Jo White, a retired state senator.

Facing those challenges, the RRC’s goals are ambitious: to create and retain jobs, regrow population, keep existing employers and serve as an overall economic engine. Training workers for 21st century careers is key.

“Employers say the workforce isn’t equipped for the jobs that are out there,” says White. “If they can’t hire, they will move. Blue collar jobs are being redefined. You can’t just graduate high school and go on to a factory floor.” 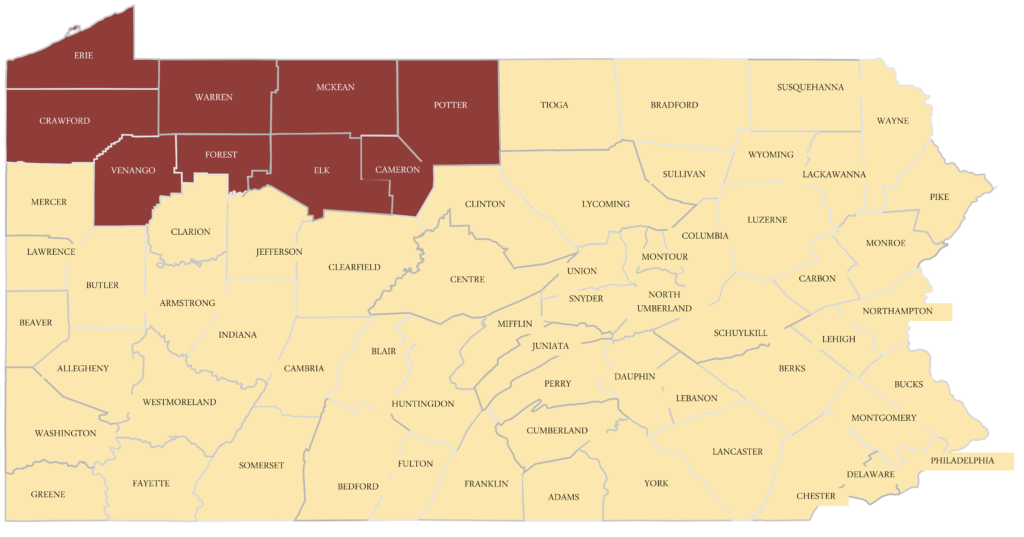 Elk County, for example, has a growing powdered metal industry that needs workers. In Erie and Crawford counties, the plastics industry offers prospects, as does the technology behind Internet of Things in Erie. The Shell cracker plant in Beaver County, just getting underway, will offer construction jobs and eventually permanent positions.

“The potential is large [if] we have a trained workforce that can meet the needs,” says Greg Mahon, another RRC board member and State Senate staffer.

“Our goal is jobs that will provide family-sustaining wages,” adds Vicini.

Two-year associate degrees are an acknowledged economic driver. A 2013 report by the Rural Community College Alliance studied the viability of a program in the Upper Allegheny region and reported that community college attendance or associate degree completion resulted in positive earnings gains of five to 30 percent, and contributed to fiscal and GDP gains.

And the skills gap is real: In January, the New York Times reported that middle-skill jobs — in computer technology, health care, construction, high-skill manufacturing and other fields — account for 54 percent of the labor market, but only 44 percent of workers are sufficiently trained.(That data came from the nonprofit National Skills Coalition.)

In a survey conducted for the RRD last year, more than 70 percent of local employers and businesses reported “moderate to severe impacts due to a shortage of skilled workers.”

To accomplish their goals, RRC targets a non-traditional student body: high school graduates or GED holders who are not college ready, college dropouts (many who left for financial reasons) and adult learners, especially displaced workers or those unable to advance without training.

Vicini proudly points to graduates of the pilot program at Gannon, including a woman who immediately got a job and has since been promoted, and several others who have gone on to four-year-degree programs.

As it approaches its September soft opening, RRC is taking shape. An academic vice president — whose first task will be to secure accreditation — is expected to be hired this month. The board is conducting a national search for a founding president, and its operating and financial plan is under review by the state Department of Education.

Organizers hope this is only the beginning.

“We are building a model that can be duplicated elsewhere in Pennsylvania,” Says Vicini.