Lesson #10: To build a strong business, use good boards

By Ben Franklin Technology Partners of NEPA on May 3, 2017

When I meet new founders and suggest that they form an advisory board, I’m often greeted with an eye-roll. One of the main reasons people establish their own companies is to have supreme magisterial control over their empire. They don’t want the obligation of reporting to and taking advice from outsiders who don’t have as much on the line. And they certainly don’t want the extra work and commitment required for the effective use of a board.

Of course there are times in a company’s evolution when an advisory board is not useful. Very early on when the product mix is not yet quite right and the founder is still trying to figure out a repeatable sales process, you won’t know what to ask a group of advisors in a meeting. Plus, the founder isn’t likely to have the answers to their questions. But when a business starts to get its legs, it’s important to put that board in place.

I’m not suggesting that you let other people run your company. (And I’m not talking about a board of directors with fiduciary responsibilities to shareholders — occasionally, those shareholder responsibilities can run counter to founder responsibilities. Only take on a full board of directors when financing requires it.) I’m talking here about a group of three to five people who are willing to spend three hours with you about four times a year to provide feedback, advice, connections and an occasional smack with a 2×4 upside your head — of course, that’s a different kind of board.

Here are some quick thoughts about creating an effective advisory board:

Do NOT simply collect advisors. It’s not impressive that you list 17 names on PowerPoint slide titled “ADVISORS.” Some faculty member that once told you, “You have a great idea, there,” is not an advisor — that’s a person being polite. An advisory board is also not a group of people scattered all over the world that never gets together in person or via video call (a lesser alternative).

Making a phone call to an advisor who is an expert in some area of your business three or four times a year is not an effective use of their time. Many founders interact with advisors individually, operating in a kind of hub-and-spoke relationship. By keeping advisors siloed in one-on-one conversations, the founder can lose valuable context and miss out on deeper discussions that would result from having one advisor in a room with several others. You may lose out on the very best of their experience by not allowing them to feed off the ideas of others. Bring the group together regularly for maximum effect.

Do NOT call an advisory board meeting only when there is a crisis. If you’re down to two weeks of cash for payroll and haven’t spoken to someone you’d consider an “advisor” in nine months, you’re wasting a lot of people’s time. Smart entrepreneurs don’t “use” an advisory board, they “engage” it.

Treat the people you consider to be professional advisors in a, you know, professional manner. It isn’t hard. A) Put meetings on a calendar one to two months in advance. B) Send update materials to your advisors one week in advance. C) Have a high-level agenda for the three-hour meeting to touch on major aspects of your business (e.g. sales/marketing and pipeline; product development; organization and staffing; financials and capital). This professional approach not only makes you a better founder, but it enables you to get the best out of your advisors.

Speaking of getting the best out of your advisors, yes, you should provide some form of remuneration. If they are not already shareholders, they should receive at least a token amount of equity. Nothing dramatic — a few hundred to a few thousand dollars worth is appropriate, depending on your situation.

If you do bring them together in person once or twice a year and there is travel involved, offer reimbursement. This is probably only $100 if you are bootstrapping and pre- or very early revenue. It should be closer to the full cost if you are up and running. Talk to your attorney or accountant about the best way to establish these policies. 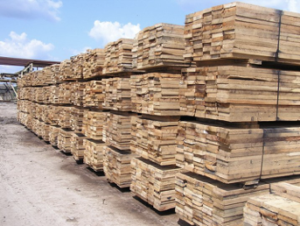 You’re making dozens of decisions — large and small — every week as the head of your company. And as a founder of a tech company, you can have a hard time staying focused on the mission at hand. This combination of accumulated decision-making and a hyperactive, creative mind make you a perfect candidate for an advisory board.

A well-run, healthy advisory board not only provides a way to help you gut-check some of those decisions, it will also help you recalibrate your company strategy and mission a few times a year. “Measure twice, cut once” is the old woodworkers adage regarding boards. For the tech entrepreneur, I hereby declare the mantra to be, “The cut of your company can be measured by the effectiveness of your advisory board.”