Voices from Pennsylvania’s fight against hunger

According to Feeding America, approximately 1.7 million in the state struggle with food insecurity — that’s one out of every eight people. Half a million are children.

Fortunately, an increasingly strong network of dedicated people is working to provide assistance. Here are just a few Pennsylvanians who serve the hungry through policy advocacy, developing programs and networks, and distribution through local food pantries.

Ken Regal been advocating progressive social change in the Pittsburgh region since 1985. The core of his organization Just Harvest‘s philosophy is the idea that hunger is a symptom of social imbalances, not the root cause. The organization works towards deeper societal change in areas such as promoting a living wage and fighting political disenfranchisement.

As Regal says, “You can’t charity your way out of hunger and poverty.”

Despite a post-graduate education in economics, Regal chose to focus on political activism rather than a business career. His chosen social causes aim to build power among low-income people in sectors such as housing, transit, crime prevention, and police relations.

In the mid-’80s, Regal lobbied the Pittsburgh public schools administration to participate in the school breakfast program. He now enjoys watching kids filter into school, knowing they will have breakfast because of something he did 30 years ago.

“We were trying to do this 30 years ago, before the phrase ‘food desert’ was coined,” he explains. “Now policymakers are attentive to it.”

“People are poor for all sorts of reasons,” he continues. “There is a societal mindset of moral judgment about deserving and undeserving poor. No one decides who should be deprived of food.”

In his spare time, Regal switches from activist to food hobbyist, experimenting with recipes from cooking and wine magazines. He is also a self-professed crossword puzzle freak: Completing the New York Times crossword in under 45 minutes is always a high point of his week.

Jane Clements-Smith has never struggled with food insecurity, but her husband sometimes went without meals while growing up in a single-dad household. Listening to his stories drives her to “talk about our vulnerable neighborhoods – rural and urban, and work on bringing them healthier food options.”

Many of Clements-Smith’s advocacy goals revolve around providing access to fresh, nourishing food. It’s ironic since her current home in York County is often referred to as the “snack capital of the world,” with its concentration of food manufacturing and distribution jobs.

As a young off-shoot of Feeding America, Feeding Pennsylvania is a partnership of food banks, working together to build a strong network of shared distribution channels and to design programs through community relationships and advocacy. Every year, the network serves over 138 million pounds of food to approximately two million people within 2,600 agencies.

“We have an abundance of farms in Pennsylvania: meat, dairy, produce,” says Clements-Smith. “We want to make sure everyone has access to plenty of food.”

“The most requested item is milk,” she adds. “It is also one of the hardest to distribute due to its short shelf life.”

In 2015, Clements-Smith partnered with several dairy associations to implement the first statewide charitable milk program in the nation: Fill a Glass with Hope. Along with providing funds to get discounted milk to soup kitchens, shelters, and food pantries, Clements-Smith was instrumental in getting eight member food banks licensed as charitable milk sub-dealers. Since the program’s inception, over 7 million servings of milk have reached those in need.

Clements-Smith brings her strong background in marketing, corporate development and philanthropy to her position.

“The focus is on sharing,” she says. “Bringing people together who do food sourcing with those able to deliver it, to share directly with people who need it.”

Food insecurity is just one part of United Way’s outreach. Teaming up with Feeding America has inspired some healthy food initiatives in Bradford County: a surge in community gardening, a pediatric division obesity clinic, and writing prescriptions for fresh fruits and vegetables.

Community service entrenched itself in Strauss’ life early on. She was a Girl Scout, president of the Kiwanis Key Club, and volunteered all through high school.

“I gravitated toward a community impact rather than individual – a macro level versus a micro,” she says.

Originally from Berks County, Strauss felt the early influence of Girl Scout leaders, directors of Big Brothers Big Sisters, and other people who oversaw civic organizations within her community. She hopes to be a similar light to the next generation via her training programs.

Sessions focus on critical topics such as developing volunteer programs, having strong boards, and evaluating programs. She has brought training to other nonprofits, as well.

Back when former attorney Jack Katz volunteered at the Lowell School, part of the Philadelphia School District, Philabundance ran a weekly program offering dry and canned goods to kids and their families.

“The line went around the school,” he recalls. “I couldn’t believe there was such a need. It was a slap in the face. ”

Katz soon discovered that Philadelphia fell above the national average for food impairment. 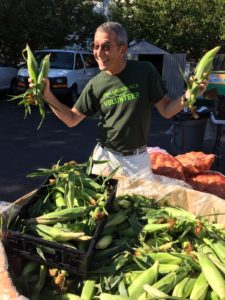 “I knew I couldn’t solve the problem, but I figured I could do my bit to help,” he says.

Five years later, he officially manages two distribution sites, and helps manage several others. He lends a hand wherever needed, whether providing kids with backpacks full of food, helping manage the lines, or packing boxes for online orders.

Katz sees a mix of people reflective of the neighborhoods. He sees widows, children, seniors, people who went through divorces, people running in at the last minute wearing their uniforms. Blasting his favorite Motown and R&B hits makes the day fun for everyone, and helps bridge barriers.

“People are prideful about taking food, so the commonality of music turned out to be an important thing,” he says. “I’m so inspired by all the people I work with and the people I serve.”

When he isn’t volunteering, Katz divides his time between art museums, his parents, his girlfriend, and his dog.

Each dynamo profiled here wished to send a message to all readers: The need for food across Pennsylvania is vast. This holiday season, reach out and get involved.

Gina Napoli is a freelance writer living in Dauphin County.