Triumphing over the state’s detritus, from tires to trash

For a woman who spearheaded the effort to clean 600,000 pounds of garbage from a western Pennsylvania creek bed, tackling beautification in what once was known as “Filthadelphia” is a natural fit.

In January, Kelly Offner was named head of Keep Philadelphia Beautiful, an organization committed to community empowerment, environmental education and stewardship. Before that, she worked at United By Blue, a Philadelphia-based maker of organic clothing and accessories dedicated to environmental cleanup worldwide.

Now about that creek. Offner told the tale at the April Mission Story Slam in Philadelphia, garnering the Judges and the Crowd Favorite awards.

“Organizing a dumpsite cleanup is a lot like being a crime scene investigator,” she told the audience. “You are furiously looking at maps, and looking at your phone, and looking out the window as you drive down random dirt roads in the middle of nowhere trying to find trash. I looked for tire tracks – maybe someone pulled off and dumped some trash down here – or maybe my nose is leading me to the smell of trash.”

In 2016, she received a tip about a massive illegal dumpsite north of Pittsburgh. Over decades, a 15-foot-high pile of discarded tires had accumulated in a creek, which flows into the Susquehanna River. 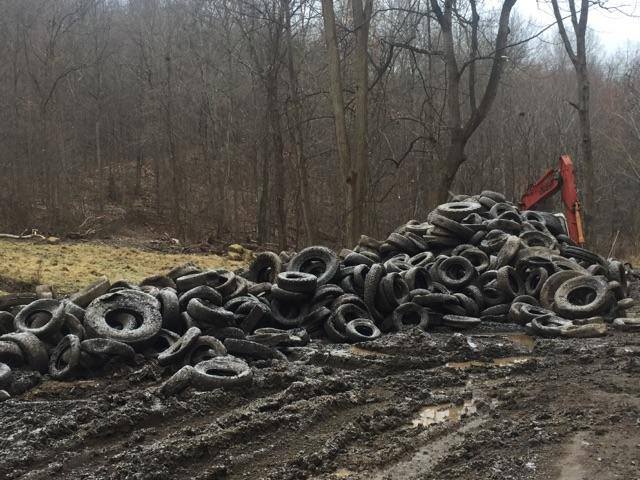 “The tires were spread along a creek that ran parallel to a back road in Kittanning,” she recalls. “They were dumped there by someone  — likely many ‘someones’ — who purchased part of the property off the road. They no longer own that property, but the current owner and I worked together to recruit volunteers, align resources like heavy equipment, trucks, operators, etc., and haul the tires out of the creek.”

It took two weeks and a massive logistical effort to fill 10 tractor-trailers. The tires were eventually re-purposed into clean rubber products by Mahantango Enterprises, Inc. in Liverpool, PA. The site itself has been greened. 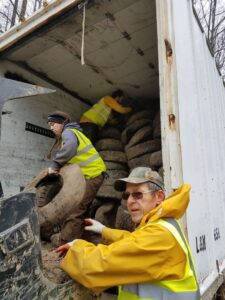 Now Offner is focused on litter and recycling education, cleaning, greening, and community organizing through Keep Philadelphia Beautiful. The city has already made tremendous strides, and she cites better enforcement, the city’s Zero Waste and Litter Cabinet and “the tireless efforts that Philly’s community leaders, block captains, nonprofits, educators, residents, and business corridors have exerted over the past decade-plus in redefining neighborhood pride and ownership among residents, young and old.”

“It’s a narrative that we can, and will, rewrite, one positive story at a time,” she adds. “We need to remove the stigma of picking up someone else’s piece of trash. Cleaning up our streets requires a team effort to be sustainable. A clean city can’t be done by any one resident, municipal department or volunteer group.”