The Den by Sly Fox comes to GoggleWorks

Sly Fox Brewing Company is accustomed to expansions: As of last fall, you could hit a Sly Fox pub in Pottstown, Phoenixville, Malvern, Wyomissing, or Pittsburgh. But The Den by Sly Fox, the company’s Reading premiere, is something different.

The city’s GoggleWorks Center for the Arts, an interdisciplinary complex featuring classroom and workshop facilities, artist studios, and event spaces, is housed inside a building dating to the 1870s. Founded as a manufacturing facility for optical lenses, the site operated until 2002 making a range of safety products (yes, including goggles) before being repurposed and reopened as GoggleWorks in 2005. Now, Sly Fox and GoggleWorks are partnering for the complex’s next evolution.

*Goggleworks is currently closed through March 30 on orders from Governor Wolf. Click here for updates. 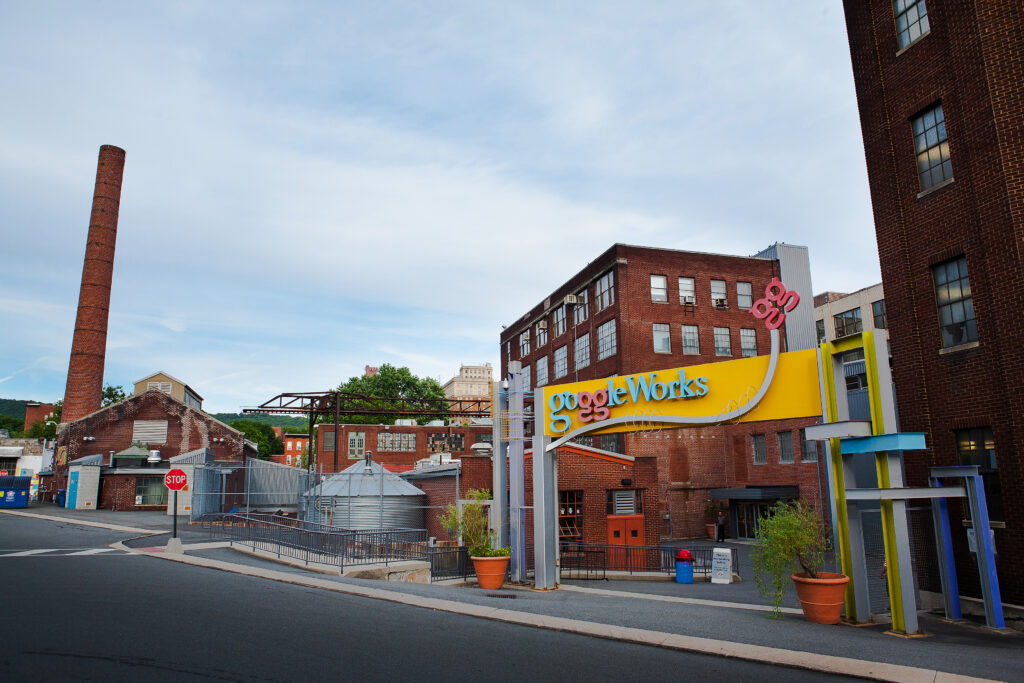 “[Sly Fox came] because they support our mission and want to see us impact the city and catalyze change in the city,” says GoggleWorks Executive Director Levi Landis. “And we chose them because [they have] a creative approach to food, and one that feels very craft and very much tied to the high quality of the art that’s being made in the building.”

The Den will offer daily bar and counter service; the menu features fresh salads and sandwiches, plus appetizers like beer-battered Brussels sprouts and charcuterie, in addition to a rotating list of Sly Fox beers and Pennsylvania wine and spirits. Beyond that, The Den will cater the complex’s huge roster of events including art openings, meetings, workshops, and about 55 weddings a year.

“The best relationships are built over time,” explains Landis. Sly Fox had already been GoggleWorks’ beverage sponsor for a few years. The Center had explored bringing them in as a food vendor as far back as 2016, but Sly Fox, while interested, did not yet have the proper business model.

That began to change in 2018. The craft beer business had hit its zenith and the industry couldn’t maintain the extraordinary growth of the last several years.

“We really looked at what the Sly Fox growth strategy was going to be,” says Sly Fox General Manager Randy McKinley.

The answer was Sly Fox Hospitality Group — letting the brewery continue as a standalone operation alongside a food service expansion. Catering, with its reliably scheduled and easily quantified deliverables, made for a solid addition to their business plan.

“We didn’t want to come in and drop a Sly Fox into their building,” says McKinley of the “customer-friendly” remodeling process, which included a 10-person concrete countertop bar, new lighting and craft-metal flourishes. “We wanted to make sure that we fit into what they worked hard to create.”

Sly Fox recognizes that The Den boasts a different vibe than their nearby Wyomissing location, which is a family scene. The Reading restaurant had to be ready for a more business-oriented or special-night-out kind of customer. 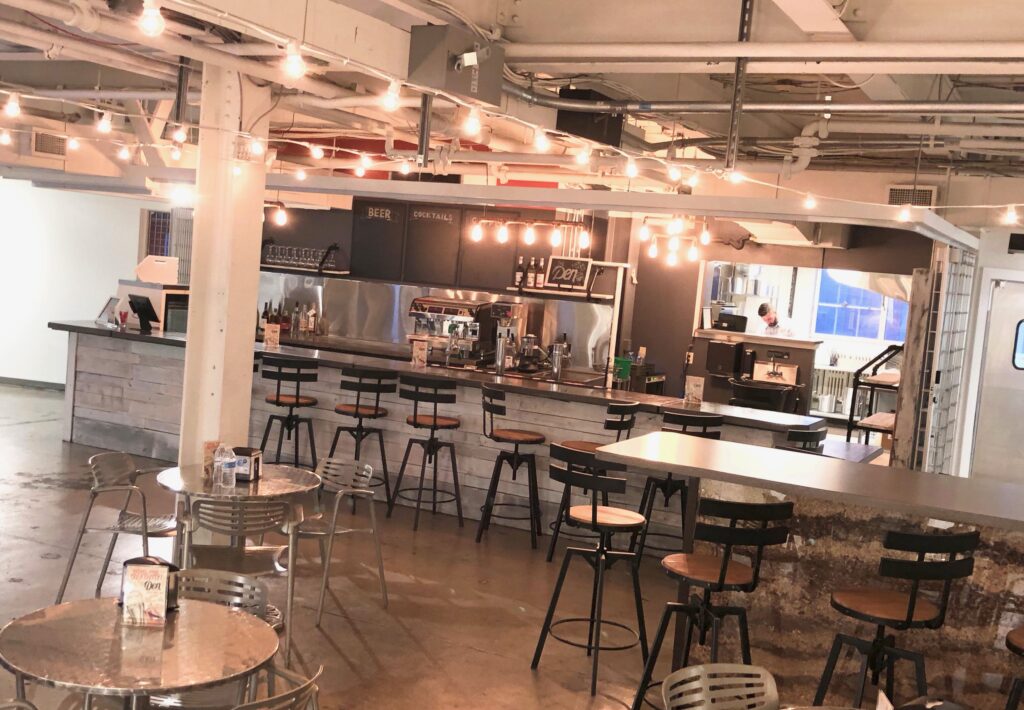 The Den will also bring new event opportunities to the complex, including comedy shows, live music, open-mic nights, and programming from partnering wineries and distilleries. Other options for the future include cooking workshops or a dedicated culinary studio.

In February, The Den launched with a soft opening — no big public events — while the partners hit their stride. According to Landis, the Spring Iron Pour (Saturday, April 25) will be a great chance for locals to check out the updated space.

Will The Den bring a new influx of visitors to GoggleWorks, which already hosts about 300,000 people annually?

“There’s no question that Sly Fox has market power,” says Landis. But the real impetus for teaming up wasn’t necessarily “an opportunity to get a whole bunch of new people [but] how do we make sure the people have every reason to come?”