Chester Made encourages the city to #RemainCreative

Ulysses Slaughter is project manager at Chester Made and leader of #RemainCreative, the organization’s stay-at-home initiative. For him, even news about the coronavirus pandemic has to be put in context in the city of Chester. 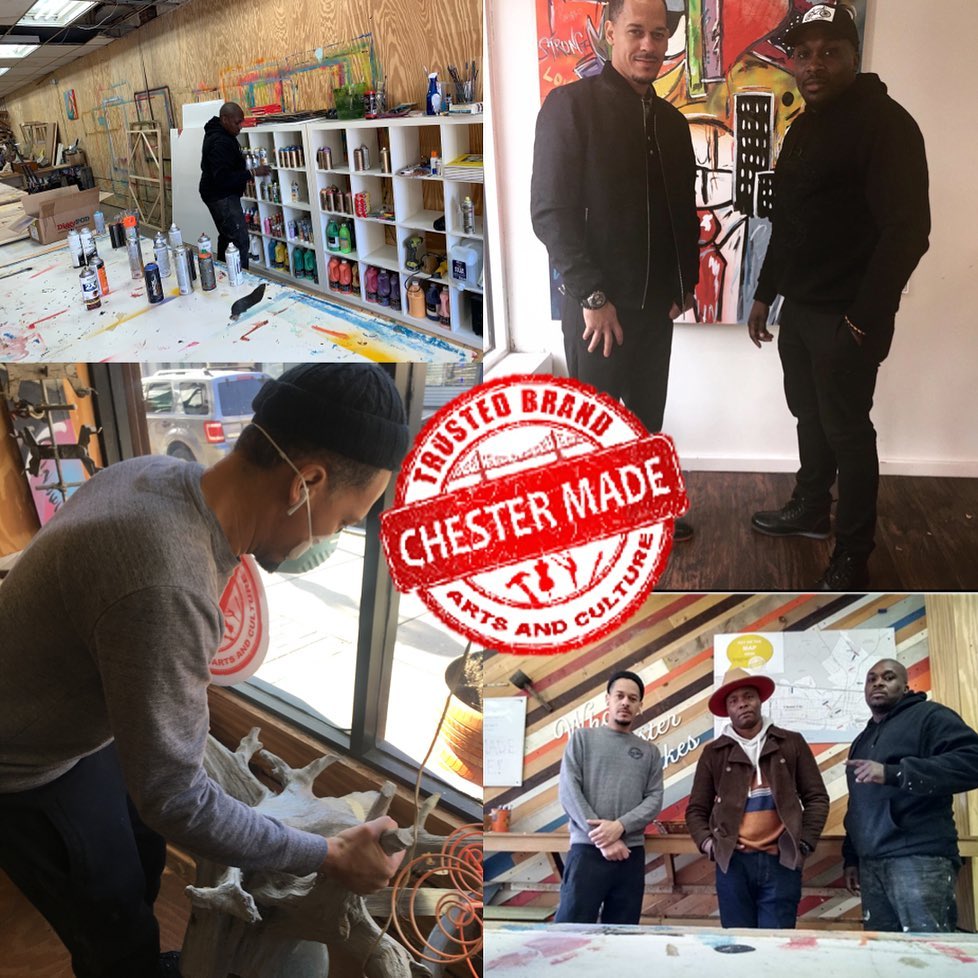 Chester, a historic city of about four-and-a-half square miles with a population of almost 35,000, is a 25-minute drive south from Philadelphia on I-95. It’s the oldest city in Pennsylvania: William Penn disembarked from the Delaware in what would become Chester on his first arrival to the territory in 1682. Chester has a powerful industrial history, but it’s also one of the poorest cities in the Commonwealth, and ranks just behind Camden, N.J., as the country’s second-most violent city.

Chester Made, founded in partnership with the Pennsylvania Humanities Council, “believes that the humanities are crucial to civic life and that people’s stories are a powerful foundation for civic engagement.”

Slaughter, who’s been working with Chester Made since 2017, is originally from Chicago, but has made Chester his home for almost 30 years. He loves what he calls “the beautiful grittiness of the city,” with a “deeply untold story” that “speaks to everything that’s important on the planet: civic engagement, the environment, arts and culture, health, [and] the need for sustainable living.”

He says folks in Chester are often territorial, demanding, “Where are you from?” But he says a better question is, “What do you stand for?”

He thinks especially of Martin Luther King, Jr., who spent formative years in Chester at Crozer Theological Seminary — he graduated in 1951 (the institution’s first black graduate) and maintained his ties there for life.

“The city is more than a place of the people who were born here,” says Slaughter. “It’s a matter of who contributes here.”

Chester Made aims to elevate residents’ contributions: The organization held its first community-building workshop in 2017 in the Chester Made Makerspace, a hub of the city’s growing arts and culture district. 2020 saw the launch of the group’s first artist and storyteller residencies, anchored by local creators using their work to promote social justice, health, and wellbeing, and celebrate Chester’s history.

Those residencies were just coming to a close when the pandemic descended, but Slaughter wanted to use the graduating artists as a springboard for weekly digital outreach. He launched the #RemainCreative campaign on Facebook, Twitter, and Instagram in early April. It features #MotivationMonday videos from local artists keeping up their practice at home, and Thursday videos spotlighting past Chester Made events.

“It’s a call to action and a reminder to people to figure out how to overcome, not just how to cope,” he explains. “People are talking about going back to normal. After trauma, you don’t go back to normal. You elevate.”

That’s why #RemainCreative isn’t just a flash moment for the arts in a pandemic. Slaughter conceived it as a movement with deep roots that will be relevant long after the illness ebbs from the front pages.

Kenneth Picasso Hunt  — also known as The Art Monster — is a Chester Made resident artist who joined #RemainCreative.

“I’ve been working the whole quarantine,” he says. “I just keep grinding.”

His paintings include colorful abstract works and vibrant portraits of past and present civil-rights leaders and cultural icons, plus a recent series of bold, evocative portraits honoring health-care workers.

“Artists want to tell the story,” he explains. “When Ulysses approached me, he wanted to make sure they were still documenting what’s happening right now… Art should never shut down when times are hard, because that’s when you need it the most… Artists are capturing elements of our time.”

In the coming years, Hunt points out, kids will be learning about this pandemic in school. We’ll need the work of witnessing artists to understand what we’ve been through.

Slaughter says #RemainCreative is also about expanding limited notions of “art.” It not only includes singers or painters. 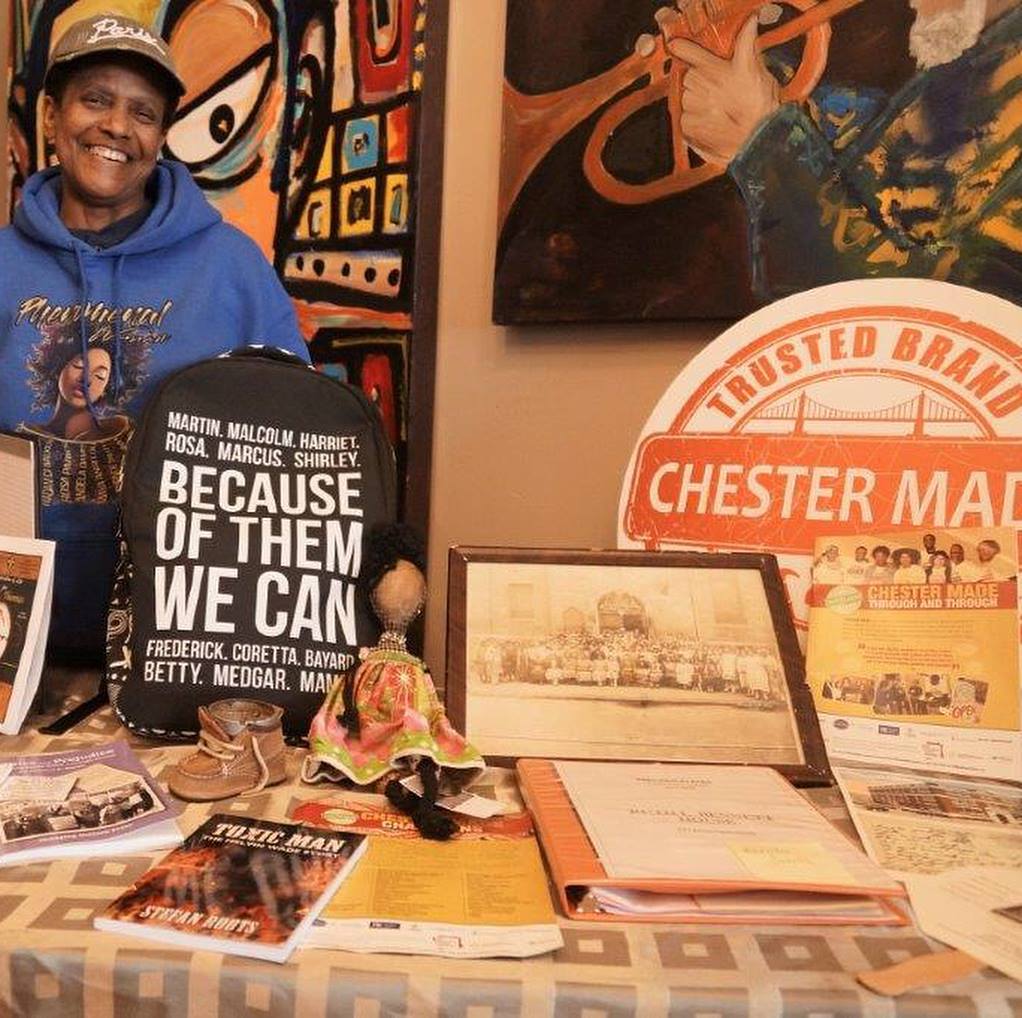 “An artist is someone who can creatively make adjustments on the fly,” he explains. You could be making a physical object, building a relationship, or seeking out an opportunity for yourself or someone else. You could be gardening or trying a new recipe. It’s intergenerational. “Everybody in their own right is an artist.”

That’s why the #RemainCreative project invites submissions from anyone, not just professional artists. Locals are encouraged to reach out through social media or the Chester Made website.

“It’s important for people to remain creative, to contribute in a world that is very different for some people than it was five weeks ago,” adds Slaughter. “We want to continue to be who we were, or take these new circumstances and reframe them in terms of personal and community power.”