Lehigh Valley birder Dave DeReamus will drop everything and drive cross-country for a good sighting, but there’s joy in his own backyard, too. Like the Ruby-throated Hummingbird — he calls it “the one that really just kind of makes my head shake.”

The only hummingbird that breeds in eastern North America, this tiny wonder winters in Central America. The ones spotted in Pennsylvania during the spring and summer have migrated across the Gulf of Mexico and half the country to sip at our flowers. That’s quite a feat for a creature that must dodge heavy raindrops.

“Imagine if you only weighed a couple of grams,” muses DeReamus.

He remembers in early April watching a Ruby-throat hovering in the spot where he typically puts up a bird feeder every year. DeReamus moved quickly. 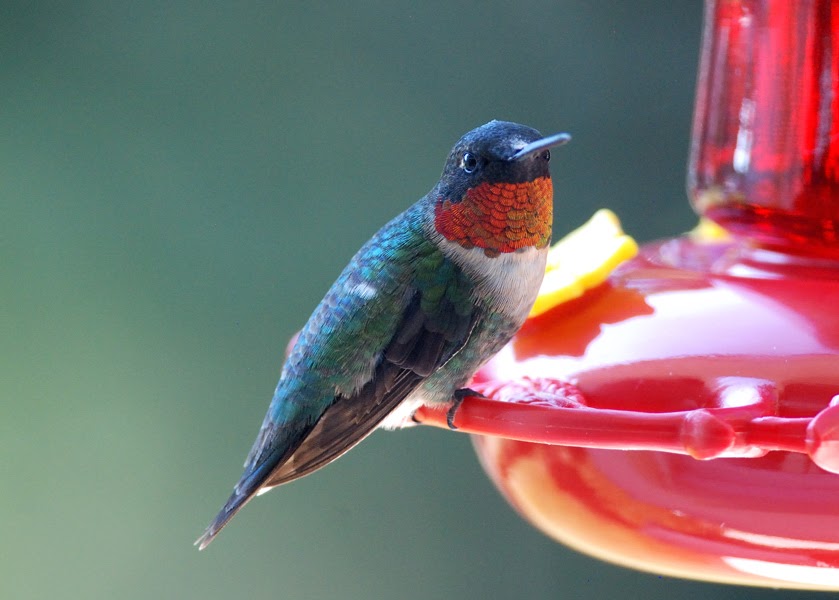 “I put the feeder back up,” he recalls. “[The bird] came to the hummingbird feeder before I closed the window back up.”

That wee bird had a good memory.

“When I was growing up, what I did was called birdwatching,” says Robert Mulvihill, the ornithologist at Pittsburg’s National Aviary. “I think that birdwatchers became a little bit self-conscious — that activity was equated with little old ladies in tennis shoes and funny hats,”

People began to add structure and competitive aspects to birdwatching.

According to Mulvihill, “In the span of my lifetime, we went from being happy to be called ‘birdwatchers’ — and being teased from time to time — to insisting that we’re ‘birders.’”

“Birdwatchers are happy to see what’s in front of them,” he continues. Birders, on the other hand, are always hunting for something. “Folks down in [the Philadelphia area], literally on hearing there’s a major rarity in Erie County, they’ll be there the next morning.”

Across Pennsylvania, both kinds of bird-lovers flourish.

Damien Ruffner, the education manager at Philadelphia’s Discovery Center, a nature preserve on the edge of an old reservoir in Fairmount Park, places himself firmly in the birdwatcher category.

“I have my binoculars. I take walks all the time in my neighborhood, around the Discovery Center, and in Fairmount Park,” he says. “But the majority of the birds I’m seeing, I’m bringing them to me,” a key birdwatcher distinction.

His yard is full of feeders and native plants to draw feathered friends.

DeReamus, meanwhile, is a birder through and through: He estimates that he’s in the top 100 in the country as far as the number of birds spotted on his life list. 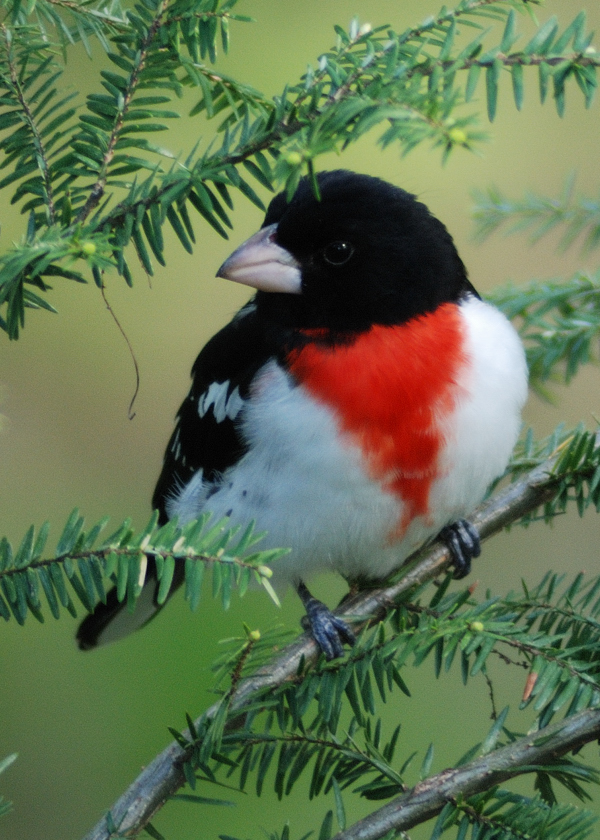 “It’s a real big part of what [we] do,” he says of birders’ devotion to the chase.

His recent post-retirement adventures include zooming to Rhode Island for a rare Terek Sandpiper, and a road trip to Arizona for an Eared Quetzal and a Berylline Hummingbird. He keeps a blog replete with beautiful photos of his sightings.

But whether it’s birding or birdwatching, DeReamus, Mulvihill, and Ruffner agree that enjoying birds is something anyone can do.

“It is a really accessible hobby,” says Mulvihill. No tickets, no expensive gear required. The most important thing is a pair of binoculars — one purchase can last a lifetime and there’s no need to get the fancy ones.

“When I start a bird walk, I spend five minutes going over everyone’s binoculars,” he adds. “If people get a bird in the view on their own pair of binoculars, that’s life-changing…when I hear gasps, that’s my measure.”

There’s enough information online to get started, but Mulvihill recommends finding your local bird club, signing up for its newsletter, and joining some outings.

Ruffner understands that birding can seem intimidating. Walk up to serious birders, “and they can point and tell you every species that has ever stopped or landed in that space.” But “do you need to know all these species to come out and enjoy birdwatching? Absolutely not.” 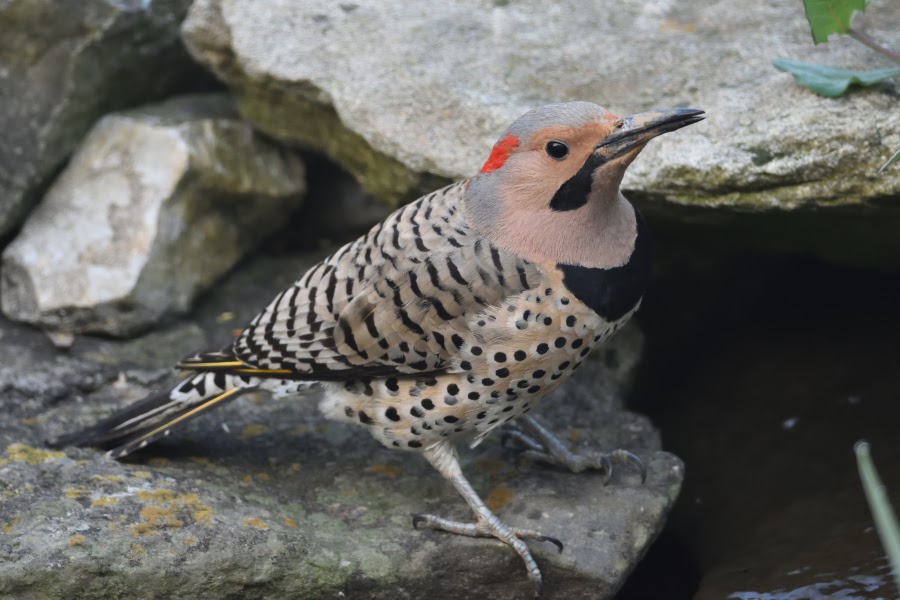 Many birders have a species life list beginning with what Ruffner calls a “spark bird” (his was a Hooded Merganser Duck he spotted as an undergrad in South Carolina). A sought-after new bird for the list is a “life bird.”

Life lists naturally expand geographically, explains DeReamus. You start close to home, and then travel more and more. When you begin, the list of species you’ve seen will grow quickly, but after years of birding, a life bird sighting is a rare treat: It might be the only time you ever spot that bird.

Pennsylvania isn’t known for a large number of endemic species to excite serious birders, but it’s still an interesting zone. Mulvihill calls Erie’s Presque Isle the state’s premiere bird site. And people head to the Commonwealth from across the country to spot warblers, with their beautiful colors and songs, stopping by in late April and early May on their northern migration (about 30 different species, DeReamus notes).

Raptor fans journey to the Allegheny Front Hawk Watch — known for Golden Eagles — on the edge of Bedford and Somerset Counties. And Bald Eagles are another exciting sight following successful efforts by the Pennsylvania Game Commission to reintroduce the eagles to our region. Today, nesting pairs are settling in and being spotted from the formerly industrialized Monongahela River to the Poconos to the Susquehanna, Wissahickon, and Delaware Rivers.

Mulvihill calls Pennsylvania “a great little blending area” for birds. We occasionally get species native to the Deep South, as well as visitors from the spruce forests of Canada — a rare mix. “Goodies” on DeReamus’s list spotted in Pennsylvania include Swainson’s Hawks and a Mississippi Kite (he saw the third one ever on record for his region). 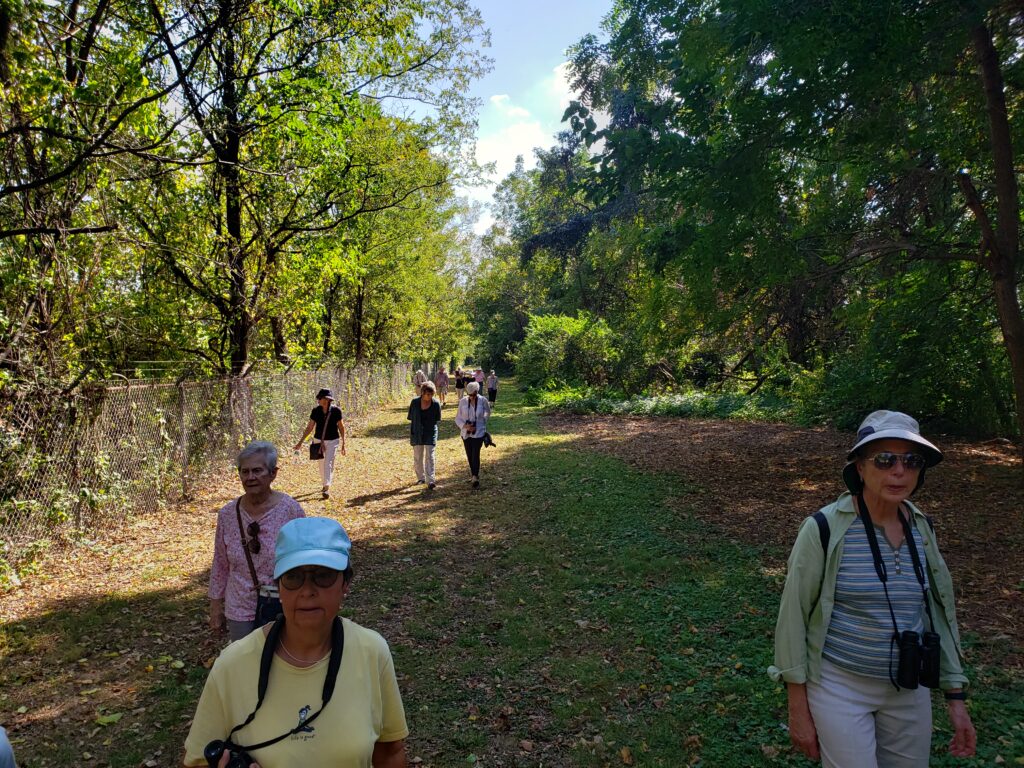 Birders at the Discovery Center

Pennsylvanians hunting for their own goodie close to home should keep an eye out for orioles or tanagers. These brightly colored native birds tend to stick to tree canopies.

The Discovery Center is a great destination for water-birds, especially in winter.

Some Center leaders worried that a recently installed walkway over the water would disturb the birds, but the opposite was true. For several months, the new walkway was off-limits to people, and the birds — from ducks to Great Blue Herons to wild turkeys — loved it, sleeping, sunning and eating their fishy catches on the surface. When humans walk there now, the birds scatter only as long as the people remain.

Birds are more resilient than we think, says Ruffner. For example, ignore that old saying about birds rejecting their babies if they’re touched by humans. Don’t bother nesting birds unnecessarily, but if somebody falls out, “you can put that baby bird right back in there.”

“I’m always seeing things that surprise me,” adds Mulvihill. As the ornithologist at the National Aviary, he gets a lot of calls, from people saying, “This bird is driving me crazy! What is it?” to a woman who observed a pair of catbirds and a pair of robins raising their babies in the same nest at the same time. He’s currently in touch with a Florida resident who has a pair of Black-bellied Whistling Ducks nesting in a backyard palm tree.

Mulvihill has lots of recommendations for amateur bird enthusiasts to find groups, plan outings, and make lists. There’s the Pennsylvania Society of Ornithology, the American Birding Association, the American Bird Conservancy, and the Cornell Lab of Ornithology, plus Audubon Society groups across the state. He also recommends visiting a store like Wild Birds Unlimited; locations across Pennsylvania include Philly, Allentown, Wilkes-Barre, Harrisburg and Pittsburgh.

Get started, and you might end up like Mulvihill: “I cannot imagine not noticing birds anywhere for the rest of my life.”

Know before you go: some parks, nature centers, and birding sites may be closed or have altered hours due to the pandemic. Always check before visiting.