Gilson Snow channels the spirit of experimentation and adventure

“One of the biggest obstacles to forward motion or to even pursuing things you care about is the fear of failure,” says Nick Gilson. “In certain environments, it can be quite crippling.”

As former teachers and current co-owners of Gilson Snow, Gilson and Austin Royer have experienced highs and lows both in the classroom and in business. Their Snyder County-based company manufactures snowboards, skis and other outdoor recreational gear.

The duo’s path to entrepreneurship was unconventional. They met teaching science at a Nashville charter school, where they offered — and learned — quite a few lessons. For example, students were often terrified of standardized tests, which stymied the learning process. Instead of “teaching to the test,” Gilson and Royer leaned on classroom experiments and hands-on learning projects.

“The first thing that we did was to remove the fear of failure and to ingrain the belief that when you fail it is okay to ask, ‘Why?’ explains Gilson. “That was something that was important for the test and for our company.”

As winter sports enthusiasts, Gilson and Royer decided to put that spirit of experimentation to work on a pet project from Gilson’s youth: building a better snowboard. The result was the Gilson Edge — or Soft Edge — a patented design that sets Gilson Snow apart from the competition.

Although they never achieved success with their snowboard side project while teachers, they did help raise the test success rate of their students from a paltry 18 percent in 2011 to 89 percent by the end of the 2013 school year.

Shortly after, the duo left teaching, moved to a cabin without electricity or running water on the Royer family farm near their current manufacturing facility, and launched the company.

During those early years, they encountered quite a few obstacles.

“We went through many iterations,” says Gilson. “Failure is an incredibly important piece of the design process. The reality is that without significant failures, the Soft Edge would not exist. The design was not working and if it had been more successful, we might have rested on our laurels and not pushed the limits.”

Their scientific background is what gave the partners their big breakthrough: They applied the principles of fluid dynamics to the design of their snowboards and later their skis.

“The Soft Edge enables new types of movement and fluidity on the mountain,” explains Gilson. “If you look at the way a surfer moves through water, they’re able to laterally drift, basically spear or slide, and when you do that on a pair of skis or a snowboard, what you’re doing is grinding steel on snow. So what the Gilson Edge does is lift the steel edge just a hair off the snow, which then allows you — between a slight lean either way —  this really loose, fluid and playful ability to maneuver.”

This design innovation has allowed the company to grow, in just six years, to 20 full-time employees. Its artisanal manufacturing process and use of locally-grown materials — Pennsylvania Poplar to be exact — have also helped Gilson develop a devoted following among snowboarders and skiers.

Deuce Gibb of New Cumberland became a fan of Gilson Snow about five years ago when he test rode a board during a demo day at Roundtop Mountain Resort in York County.

“I took one of their boards out and thought this was really interesting,” he recalls. “On the outside edge, the entire board lifts up a little bit and gives you a surfy kind of feel. I had never ridden a board like that and thought it was really cool.”

Gibb also loves that each board is custom made and can be custom decorated. While he left the top of his board unchanged — it’s composed of three different types of hardwood, including locally grown poplar — he did put the logo of his rockabilly band, The Martini Brothers, on the bottom side of his board.

“I love that they are local, I love that they are small, and I love that everyone at Gilson is very friendly and approachable,” says Gibb, who was invited to the plant to help design his board when it was crafted. “I’ve sent many people there because the materials they use are top notch and the customer service is unbeatable.”

As to what’s next for Gilson Snow, the company is currently designing, with assistance from students at nearby Bucknell and Susquehanna Universities, prototypes for wakeboards and a lightweight wooden bicycle. They hope to launch those two products in the near future.

“We’ve been through three prototypes with the wakeboards and are seeing improvements with each design,” says Royer. “The bike prototypes are going great. We’ve been cranking on design elements and improving manufacturing processes so we can make them more quickly and efficiently.”

Environmental awareness is also crucial to the company’s success. Their primary snowboard press is constructed of repurposed steel from a highway overpass, a well pump, a farm sprayer and a propane tank. There are also plans to construct solar panels on adjacent land.

“Businesses have to become environmentally aware and change the way they do business,” says Gilson. “There’s too much happening to our planet right now to ignore the signs.” 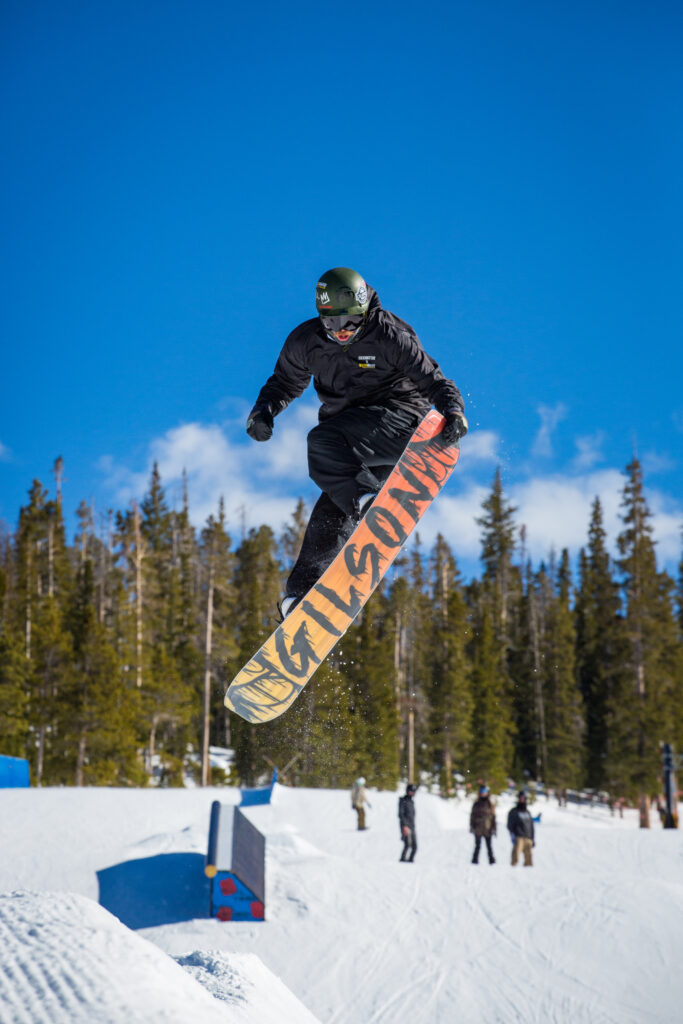 Never satisfied with the status quo, the masterminds at Gilson are always questioning, always probing, always asking if there is a better way — even when the final result may not be the answer they were hoping to get.

It’s the same philosophy they taught to students in Nashville and now impart to busloads of children who come annually to tour their manufacturing facility.

“There are two things that are really important,” says Gilson. “One is to build curiosity, so that you are excited, interested and curious about what’s out there. And the second is the belief that you can start heading in a direction to figure it out.

“It’s not [having] confidence to do it without failure, it’s the confidence that failure is okay,” he adds. “Successful companies aren’t the ones who have just avoided the obstacles somehow, but those who have found a way to respond to those obstacles.”

JAMES MENTZER is president of Mentzer Communications LLC and a freelance writer who is the author of three books, including Pennsylvania Manufacturing: Alive and Well.  He resides in Harrisburg.
Share