Adventurous PA drinkers have a lot to cheer

Pennsylvania Libations, the all-PA, all-the-time craft liquor store, got its start in Pittsburgh’s Strip District in June 2017. According to founder and owner Christian Simmons, the last few years have been quite a ride: “I can easily say we’ve sold over a million bottles,” he says.

2020 has been a year full of challenges, but also of extraordinary growth for Simmons’ venture. In October, Pennsylvania Libations expanded beyond its original home at 2103 Penn Avenue to a new complex a few blocks away. 1700 Penn Avenue features an 1,800-square-foot wine shop designed and built by Simmons’s team, as well as a full bar in partnership with Helltown Brewing (the largest craft brewery in western Pennsylvania, having recently acquired Rivertowne Brewing) and Warrendale’s Aviva Brick Oven, which spills into a 7,000-square-foot converted parking lot, right on time for the pandemic’s outdoor socializing needs.

“I took the structure on,” says Simmons of 1700; he then subleased space to Helltown and Aviva. The three manage it together.

At the new Helltown Taproom, patrons can peruse an exciting local craft beer portfolio — there are 24 taps — and purchase beer to go. Guests can also order a glass of every wine in stock at 1700, as well as cocktails spanning all of the 140 Pennsylvania-made spirits for sale at the original store. According to the partners, it’s “the largest collection of Pennsylvania-made libations under one roof in the entire state.”

The pandemic hammered retailers across the country, but Simmons’s shop never closed. This is thanks to distilleries: They had a green light to remain open while they made sanitizer during lockdown. That dispensation extended to satellite licenses, where their products were sold.

“We were very successful during those times,” recalls Simmons, lauding his staff’s efforts.

Some things have changed: Seven days a week, the store typically has a 20-foot tasting bar staffed with five professionals. The shutdown eliminated that from mid-March through early November. Now the store has only one tasting station.

Simmons also had to make a rapid shift to selling online.

“Before the pandemic, we never had e-commerce,” he says. He knew he’d explore it eventually, but 2020 “forced that on us.”

“People are really into supporting local, and we haven’t seen too much of slump,” he adds. November was tough, with rampant case spikes as well as a last-minute statewide decree that shut down bar and liquor sales the night before Thanksgiving, but online shoppers helped make up for it. Now, he says, “our weekday sales are better than ever before.”

The store has gained fans over the last several months, including thousands of new social-media followers. Simmons was able to triple the staff. In March, he had eight employees. Now, between the liquor store, the new taproom and wine shop, and four new sales reps (in Philadelphia, Allentown, Lancaster, and Pittsburgh), that number is up to 26.

“I didn’t just take the money and run,” says Simmons of his 2020 gains. “I put it back into the company and grew it.”

That meant expanded operations, but also competitive pay. Bartenders at 1700 make $10/hour plus tips. As of early December, Pittsburgh establishments are operating at 50 percent capacity, a major hardship for service workers who rely on tips.

“Even if it’s slow, they still make something,” says Simmons of the rate at 1700.

Pennsylvania Libations is more than just a retail location for small wineries and distilleries: Simmons is also in the business of boosting brands.

“The distilleries we work with have produced world-renowned products,” he insists. “The only reason you don’t see them at every single bar around the world is they don’t have a multi-million-dollar marketing budget.” He wants to “help them grow their brands outside the state of Pennsylvania.”

That means a combination of branding and marketing support, and ongoing feedback about price points and customer preferences. That’s information PA Libations is well-positioned to provide because of its customer-oriented model, which encourages buyers to identify and cultivate new tastes.

“We actually do educate people,” says Simmons. If a customer likes vodka, for instance, Libations staffers get to work finding out what kind of vodka. Wheat? Rye? Potato? People come into the store with an open mind: “I’m not really sure what I like. Can you tell me what I like?” is a common request. 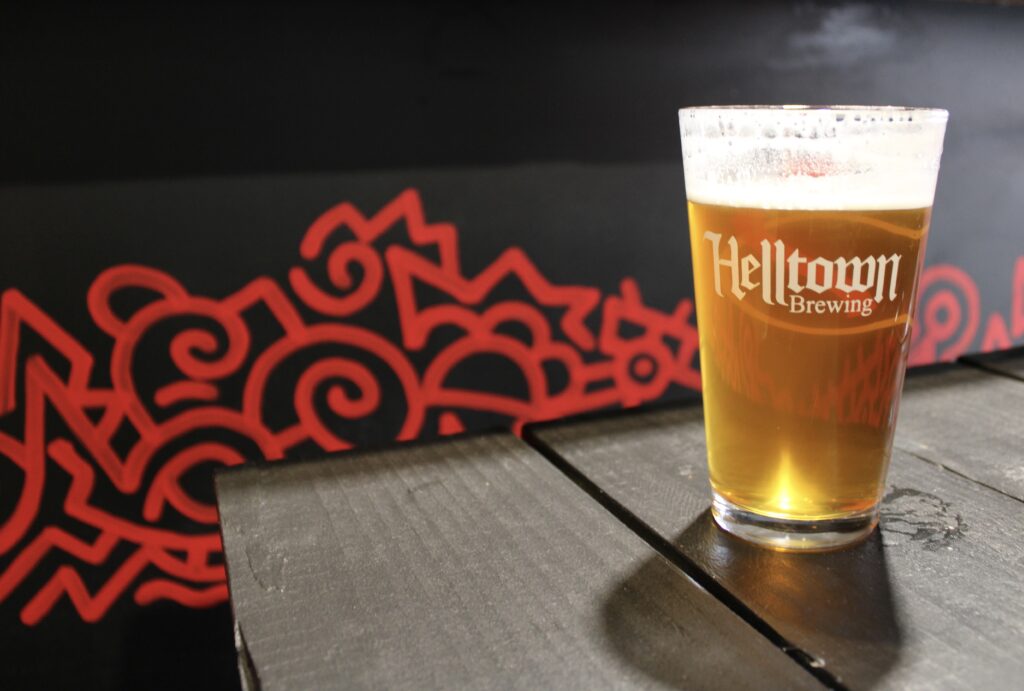 With so many tasting options, customers become familiar with a wider range of products, and when they spot them for sale in other parts of the state, are more likely to buy them.

Whiskeys have a special place on the shelves, with 52 variations from distilleries across the state.

“It is a specialty,” says Simmons of PA whiskey-makers. “It shows distilleries’ true craft in the process.”

“We have everything from what would go in a batch cocktail [to something you’d drink] neat with a cigar sitting by the fire,” he explains. And the Libations prices are in line with international brands.

Simmons is constantly adding “more spokes on the wheel” of his business. In addition to representing several breweries, Libations does retail, wholesale, storage, and marketing for 50 producers throughout the state. Not to mention launching a new brewery (Simmons’s second, after co-owning Four Seasons Brewery): Bonafide Beer Company. Especially in a time of uncertain policies for the retail and restaurant sectors, Simmons likes knowing he can activate his staff in different areas of the business.

Giving exposure and sales to local brands is always at the forefront of his model, Simmons insists. Locally minded business is nothing new for 21st-century entrepreneurs, but “we’re on the frontiers of that.”