Lititz, PA’s ATOMIC has designed and built sets for some of the world’s most-watched events, including The Academy Awards, WrestleMania, and the iHeart Music Awards. Founded in 1994 with just three employees, the company now has 60 people on staff.

One of the company’s recent projects was especially high profile: They worked on the set for the Super Bowl LV Halftime Show in Tampa Bay. ATOMIC crafted the city skyline, which contained the socially distanced back-up singers for headline performer The Weeknd.

“That was a great project for us,” says Joe McMonagle, Chief Business Development Officer at ATOMIC. “[It was] a great anchor that allowed us to have a large number of people in the shop working and producing that scenery.”

And while that event might have signaled a return to large-scale live events, the last year has been a struggle. When the pandemic shutdown hit in early 2020, it was as if someone had pulled the plug on the sound at a concert: The Lancaster County-based business’ work disappeared overnight.

“It became obvious in mid-February and the trend continued through March,” recalls McMonagle. “Literally every project that we were working on cancelled, as far out as May, June, July and August. Essentially, our industry just stopped. There was no work, people could not travel or gather, and our shop was closed after the governor’s order.”

All businesses in Lititz’s booming entertainment production industry, including ATOMIC, were dealt a major economic blow.

“I don’t want to get into HR and personnel issues, but most definitely our company and our industry has been flattened due to the pandemic and the inability to have live events,” says McMonagle. “The pivots we made in light of the pandemic have enabled us to keep more employees engaged.”

The downtime during the shutdown allowed company officials to focus their collective energies on diversification, aiming to stay relevant and keep the lights on.

“One of our first pivots was to develop a direct-to-consumer home decor product line,” he says. These were “things we could design with our existing design team and design talents, and things that we could make once our shop opened up again with our existing technology.”

At the end of November 2020, ATOMIC launched Spacekit. The wall-hanging art system, which doesn’t require putting holes in your wall, is self leveling and contains interchangeable panels that change the look, allowing buyers to customize the final design.

It was quite a feat to take a product from conception to completion in approximately 25 weeks.

“It’s been really incredible, really interesting,” says McMonagle. “We had always talked about how to take some of our product lines in this direction and we were always trying to do it incrementally based on our existing products.”

But the company learned quickly that this was the wrong approach. 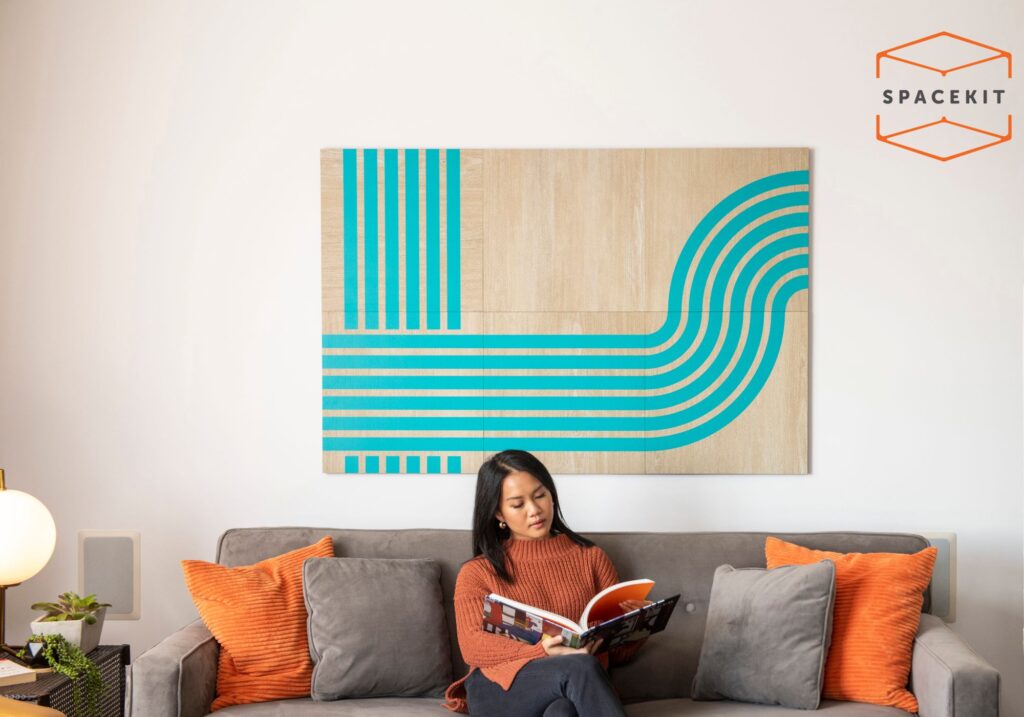 “Once we had the bandwidth and the time to stop, we asked ourselves, ‘What would we design if we had time to just design from scratch, knowing what we know about the world and the things we know how to make?'” he explains. “What if we just made the right product instead of trying to jam our existing products into this space?”

“This is about keeping our employees engaged, keeping them employed,” says McMonagle. “And, as much as we can, to learn from the newness of the process. In the case of manufacturing, it’s all about efficiency. Minutes matter, seconds matter — and all of these things are way more important under a microscope at this magnitude than when we are doing a project once and know that we’re not going to do it again. It’s way different from the way that we worked in the past.”

While the company was accustomed to creating between 3,000 to 4,000 projects a year for all kinds of live events — and looks forward to that happening again — they’re also aware that those days might not return anytime soon.

“This was an opportunity for us to diversify from live music and other live events,” adds McMonagle, “to keep people engaged while building our muscle during the pandemic.”