Arts and crafts is big business in PA

Supporting small business development is nothing new, but a growing partnership between a Philadelphia nonprofit and a Pittsburgh business accelerator is targeting entrepreneurs outside the usual narrative: artists and craftspeople.

Now a pilot program called the Keystone Alliance for Creative Economies and Entrepreneurship (KACEE) is building a new blueprint. The goal, says Kenney, is to target this “underrecognized and underserved sector of the small business community, pull back the curtain, and show how much this sector contributes to Pennsylvania’s economic future.”

CraftNOW, a Philadelphia nonprofit celebrating the city’s craft legacy and connecting those working in wood, clay, fiber, metal, and glass, has already spent the last few years working to articulate and promote the sector’s economic impact. The organization is the inaugural CBA partner for the KACEE pilot, which is also receiving funding from the Pennsylvania Council on the Arts.

In 2019, an effort to “get some hard numbers about what craft contributes to the local economy” on a grassroots level turned out to be “incredibly difficult,” says CraftNOW Executive Director Leila Cartier. That’s because many small, independent craft entrepreneurs, whose work is often seen as a hobby or side-job, are flying under the radar of traditional development initiatives and economic studies.

Last summer, CraftNOW launched its own survey — they wanted a snapshot of what the sector really looks like, what it needs, and how to better marshal its existing resources. More than 100 individual practitioners responded; the nonprofit combined those results with stakeholder interviews at universities, small business development centers, and community development financial institutions (CDFIs), alongside outreach to local branding initiatives in other cities.

The survey concluded that the general public and other business sectors “perceive craft as a hobby, not a business,” and found that artisan businesses often have trouble accessing capital, scaling up, and developing their markets, and lack a central industry forum.

A new Artist and Maker Directory is already helping to fill those gaps, connecting makers with each other as well as collectors, consumers, and investors.

Kenney has been a fan of CraftNOW since speaking at its 2019 Economic Development Roundtable and Craft Capital Symposium. CraftNOW was impressed by the metrics the CBA was already using for the sector in Pittsburgh. A state-spanning partnership, including KACEE, was born.

According to Kenney, CBA classifies its work on the creative business sector in six core ways: space, workforce, peers, markets, assistance, and capital. This breakdown helps the CBA answer specific questions like, “How much capital were we able to get into the creative economy?” or “Did these targeted businesses create jobs?” He notes that CraftNOW will share CBA’s tracking software, as well as its philosophy. 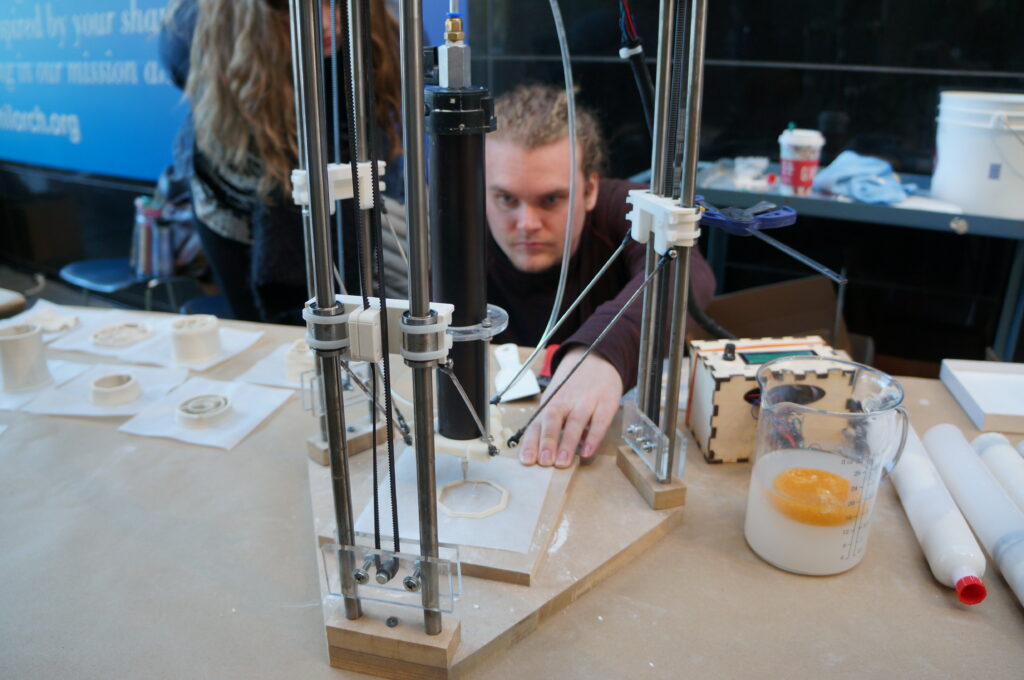 The open-ended partnership will help CraftNOW build its capacity for economic development support, programming, and reporting, and achieve those goals more quickly than it could on its own.

“CBA and CraftNOW are now intermediaries between the small business and arts and culture worlds,” says Kenney. The pilot is on track to expand: He hopes to welcome Pennsylvania Wilds to KACEE this summer, tapping a more rural community of makers in northcentral PA.

Kenney believes that what’s happening in Pennsylvania is an innovative combination of resources.

“I think that all the ingredients can probably be found in other states,” he says, “but I think the recipe is new.” Small business development centers and CDFIs can be found anywhere, but “are there many that focus on the creative economy and its role in equitable economic development? I don’t think so.”

Government arts councils are common, he adds, but not many of them focus on boosting small businesses in addition to nonprofits.

Even the smallest arts-and-crafts sector entrepreneurs with local roots can have global customers and sophisticated e-commerce platforms. They also have a significant impact on creative tourism and quality-of-life measures, especially in rural small towns. They attract visitors and help retain residents working in other sectors, including manufacturing and tech.

“Artists are not asking for handouts. They’re contributing to the economic health of their communities,” says Cartier. She hopes the CBA partnership will help CraftNOW connect entrepreneurs with the resources and technical assistance they need to “think more like a business.”

“Hopefully it’s going to lead to greater investment, and more opportunity,” she adds. “There’s so much good to come from this.”